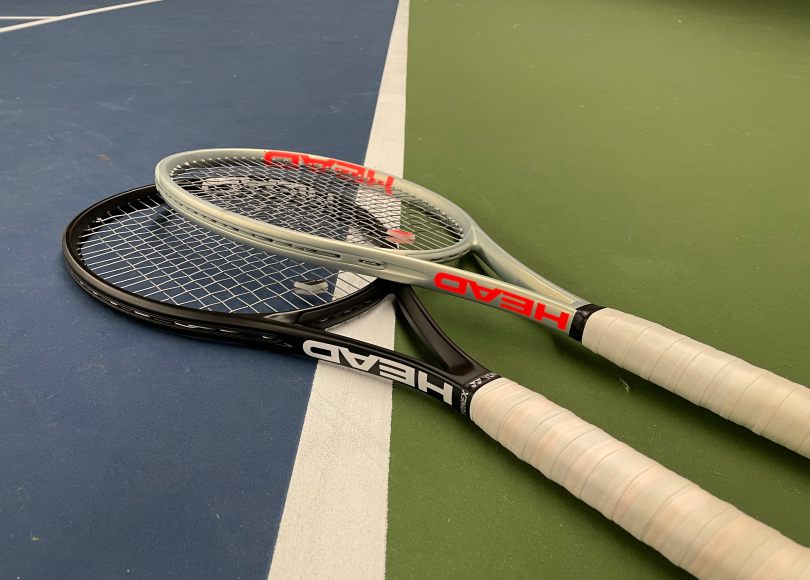 In this post I will compare the Radical MP to the Extreme Tour, they are almost identical when it comes to specs but do they play differently?

For those of you who likes to watch and listen you can check out the YouTube video! Otherwise just scroll down for the full text 🙂

To begin with, these two racquets are marketed as two very different racquets with different racquet lines. The Radical is made for a versatile all-court player and the Extreme is made for big spin, preferably a baseliner. So why am I comparing these racquets when they should be so different, because they aren’t. I think we start of by looking at the specs of both the racquets to get the whole picture.

As you can tell they have a lot of things in common, same string pattern, stiffness, head size and power level. It is a difference in weight, only 5 grams which you could add to the Radical to make it equal but other then that the main difference is the swingweight and the width of the beam. The Radical has a 2mm thinner beam at the top which in play should make it more controlled and slightly more maneuverable. This small difference makes the Radical a bit more versatile and more all around compared to the Extreme. The 22mm thick beam at the top of the Extreme Tour makes this more powerful and stable from the baseline, so it get’s easier to redirect pace without adding much weight to the racquet.

Second we look at the swingweight, the Radical comes in at 326 and the Extreme at 318. This is very noticable when playing, the Extreme with less swingweight comes through the air very fast and is easy to maneuver. The Radical does a great job of this too but feels in general a bit heavier and slower. This didn’t affect the outcome that much, it just affected how it felt and was experienced but I believe I played the same level of tennis with the same amount of confidence no matter what racquet I held.

Another difference is the feel, and how the stringbed responded to the ball. The Radical felt much livlier and sometimes not as controlled as the Extreme since the Extreme has a more dead and compact feel which makes my brain think it’s more controlled. Although the Radical has better plowthrough it sometimes felt like the ball could just fly if not the necessary amount of topspin was added. So I felt like hitting flatter was more comfortable with the Extreme.

In conclusion, two very similar frames from two different racquet lines. Both suited for a modern topspin based playstyle but maybe not suited for everyone in terms of feel. Thank you for reading this comparison, and maybe you even watched the video? Don’t forget to check out my Instagram and subscribe to the YouTube channel! Have a great day, bye!

Translate to your language!